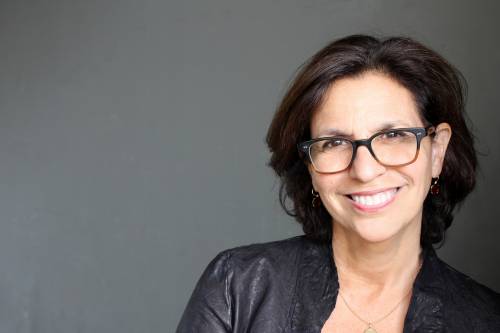 The 20th Annual Feuerstein Speaker Series featuring RJ Palacio scheduled for Tuesday, October 15 at Lake Area Tech is postponed due the speaker’s unexpected medical emergency.  The event will be rescheduled to a later date and all tickets will be honored at that time.   For questions, please contact the Lake Area Tech Foundation Office at 605-882-5284 ext 292 or the Prairie Lakes Healthcare Foundation Office at 605-882-7631.

The Lake Area Technical Institute Foundation and the Prairie Lakes Healthcare Foundation are excited to jointly host the 2019 Feuerstein Series event and celebrate its 20 year anniversary. The featured presenter/lecturer will be the inspiring author, graphic designer, artist and speaker R.J. Palacio. Palacio took the children’s literature world by storm with the publication of her debut novel, Wonder, a #1 New York Times best seller that has sold over 1 million copies in North American. The Feuerstein Series event will take place on Tuesday, October 15 at the Student Center at Lake Area Technical Institute, 1201 Arrow Avenue, Watertown, SD.

About the Speaker, R.J. Palacio

R.J. Palacio was an art director and graphic designer for more than 20 years, while waiting for the perfect time to start writing her own novel. When she had a chance encounter with an extraordinary child in front of an ice cream store, she realized the time had come to tell Auggie’s story through the well-known book Wonder.

In the spring of 2012, Wonder inspired a movement based on the importance of empathy and acceptance known as Choose Kind. Wonder has been the recipient of numerous starred reviews, awards and accolades. Wonder was adapted into a film starring Julia Roberts, Owen Wilson and Jacob Tremblay in 2017. Palacio travels the country speaking about the novel that has inspired countless children, educators and families. Those attending Palacio’s presentation, titled Choosing Kind/Wonder of Wonder, will leave determined to embrace the book’s theme of choosing kindness in their lives.

Palacio’s next book, the graphic novel White Bird, brings the world of Wonder to a new and thrilling format and is set to be released on October 1, 2019. This book is available for purchase through the Feuerstein event registration process.

Early bird tickets are on sale from August 26 through October 4 for $45 each, or $35 each for a group of 10 or more (paid at the same time). If tickets remain after October 4, tickets will be $55 each with no group rates available.

Tickets will be available August 26 online or by calling the Lake Area Technical Institute Foundation at 882-5284, Ext. 292 or the Prairie Lakes Healthcare Foundation at 882-7631. They will not be sold at the door the night of the event.

Written by Alison Gilbertson
Last modified on Tuesday, October 15, 2019
Published in News and Announcements
More in this category:
Expansion Project Preview | PLHS Expansion Project
back to top
We can help you find a doctor. Call 605-882-7000 or search online.