Do you suspect you were exposed or are experiencing COVID-19 symptoms? Click here 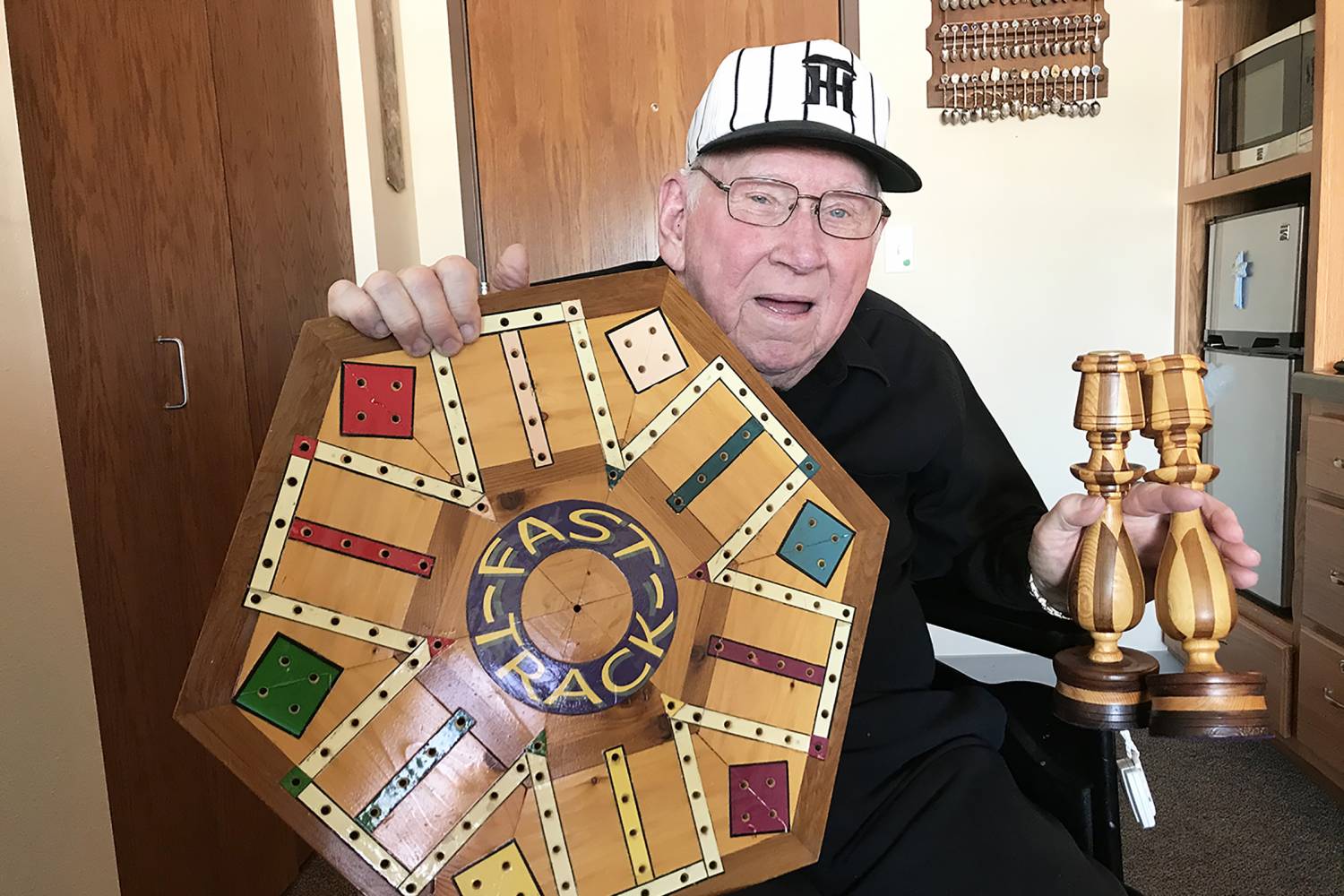 Lloyd Christians with items he made by hand.

In 1979 Lloyd Christians started his own company Lloyd’s Heating while raising his family in Watertown.  Now days he’s thriving at Edgewood as the President of the Membership Council, he organizes activities like card games and writes a weekly newsletter. He loves his family and being creative while woodworking, painting, and writing. Lloyd is a thriving colon cancer survivor. His cancer journey started in 2018, in Lloyd’s words:

“My doctor wanted me to have another colonoscopy and suggested Dr. Schaeffer because he was very good, and he was sure I would like him. I met Dr. Schaeffer before my colonoscopy on September 18, 2018 and was completely confident that he would do a good job.”

“During the procedure Dr. Schaeffer found a mass in my colon, took a biopsy of the mass, and found cancer cells in it. He wanted me to have that mass removed as soon as possible.”

“We had a meeting on September 24th before the surgery. My two daughters and my wife were with me when he explained all that was to take place. We left with a good feeling that Dr. Schaeffer would do the surgery and very confident that it would be successful. My daughter said, “Dad you are so calm”, and I replied that I have no reason to be worried about the surgery. He was recommended by my doctor and we all like the man. October 1st was the date set for the surgery.”

“On that day Dr. Schaeffer came into the prep room before surgery and talked to us stating all was ready to go, so they took me to surgery, and I awoke feeling like nothing had been done. Further tests confirmed my cancer was gone.”

“It was my sixth colonoscopy that detected my colon cancer. By screening regularly we were able to catch the cancer early and prevent it from progressing into a more serious state.  Today I feel 100%, and a recent colonoscopy confirmed my colon was clean and gave a good report.”

Tweet
More in this section: « Mary, Ten Years After Treatment
back to top