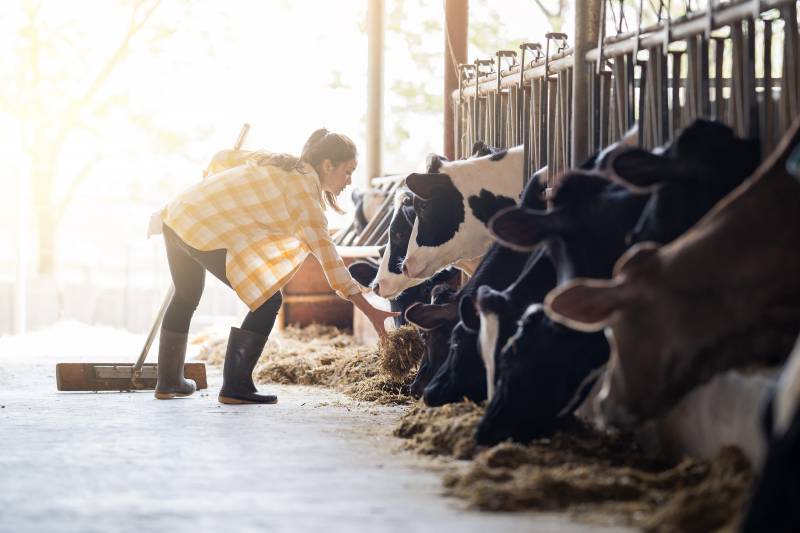 “Farmer's lung” is known in medical terms of as hypersensitivity pneumonitis (HP) and can be compared to (but is different from) a severe allergic reaction.  There are other names for HP such as "bird fanciers lung ", “cheese washer’s lung” and “hot tub lung” -- the only difference is the exposure that causes the reaction. People exposed to sawdust are also known to have similar reactions. In all cases, the reaction is caused by molds, fungi or bacteria which are inhaled and cause the body to mount a severe inflammatory reaction. The most common places of exposures on farms are moldy grain or hay. Some studies have linked HP breakouts among farmers/ranchers to round bales colonized with a certain mold species called thermophilic actinomycetes.

Symptoms of farmer's lung/HP include onset of fever, chills, fatigue, nausea, cough, chest tightness and shortness of breath without wheezing usually within four to six hours of exposure. With removal from exposure, symptoms usually resolve in 12 hours to a few days. These episodes are often confused with infections.  Some people develop more chronic forms where their symptoms don’t entirely resolve between exposures and can be progressive even if re-exposure is avoided.

There are other types of reactions that can also mimic the symptoms of farmer's lung/HP, the most common of which in the agricultural setting is what is known as organic dust toxic syndrome (ODTS). It is estimated that ODTS is 30 to 50 times more common than HP. The main difference is that in ODTS the mold dust itself causes the lung damage rather than the body’s reaction. Additionally, allergic reactions similar to asthma attacks can develop in some people with similar exposures and result in similar symptoms, but wheezing is more likely to be present.

Regardless of the specific type of reaction, protecting yourself from the exposure is the most important and impactful step that can be taken. As much as I’m tire of saying it, and I’m sure most are tired of hearing it, wear a mask to protect yourself. A mask protects you when you are exposed to grain and hay as well as lots of sawdust when you’re out on your farm. Likewise, if you keep birds or happen to make cheese, protect yourself in those settings as well. If your symptoms are severe, call your doctor or go to the emergency department and let them know you may have had some exposures causing your symptoms.